Beyond Patagonia jackets, Allbirds, and AirPods, podcasts are yet another popular phenomenon taking over Silicon Valley, and more broadly, college students and working professionals. Emerging from the constant flux in forms of media, podcasts are becoming one of the most popular choices for public entertainment. This rise in popularity of podcasts can be attributed to their focus on the audio experience, and their inclusive nature which distinguishes podcasts from the traditional media.

The word “podcast” was invented by a British journalist, Ben Hammersley, in 2004 from the combination of “iPod” and “broadcast.” Podcasts usually take the form of audio on streaming platforms, which consumers use to subscribe to different podcast channels and select episodes from pre-recorded audio files. Despite the MP3 audio standard being created in the 1980s, podcasts only recently began gaining popularity in 2005 when Apple added podcasts to its iTunes platform, as public radio networks like BBC and NPR added their radio shows on the iTunes platforms. As a result, podcasting started to be used in conjunction with the traditional media to communicate with the public. Since 2015, podcasts have been growing rapidly in popularity to become a mainstream media form. According to Edison Research in 2019, 70% of Americans, age 12 and older, are expected to be familiar with the term “podcasting,” and 51% of Americans have listened to podcasts in the past one year. Juxtaposing the 2019 data with older data from 2006 where only 22% of Americans were familiar with podcasting and only 11% of Americans had listened to podcasts, it is evident that podcasts have experienced steady growth in recognition and popularity over the past few years.

Resultant of its growing popularity, the podcasting industry is expanding with an increasing number of startups and the active acquisitions taking place within the space. According to the Interactive Advertising Bureau, self-reported podcast advertising revenue in the U.S. reached $257.4 million in 2017, achieving a Year-on-Year growth of 117%. Furthermore, U.S. podcast advertising revenue is expected to achieve a growth of more than 110% by 2020, reaching $659 million in revenue. The incredibly rapid growth and high potential of the podcast industry is attracting the attention of investors and leading players in the media industry, such as Spotify with their acquisition of Gimlet, as well as even more listeners who enjoy the ever more diversified offerings of podcast channels.

Why is this industry growing so fast? What is it about podcasting that makes it outshine the traditional media? First, podcasts differentiate themselves from other media forms by addressing people’s particular need for an accessible form of entertainment that is not too distracting, but also possesses educational values. A distinctive feature of podcasts is their content. Compared to traditional entertainment, like movies and TV shows with a breadth of content, podcasts tend to provide more focused content with higher educational value beyond pure entertainment to the listeners, targeting audiences with above-average level of education and income. According to the Interactive Advertising Bureau, arts & entertainment-themed podcasts only account for 16.8% of the revenue generated, despite being the single category generating the most revenue. More serious topics such as technology, news, politics, business, and education account for a total of 48.6% of the revenue generated. Moreover, according to Edison Research, approximately 84% of U.S. citizens over 18 years old, and with one to three years of college education, listen to podcasts. Additionally, 45% of podcast consumers over 18 have a household income higher than $75,000, an income group which accounts for 35% of the U.S. population over 18 years old. This data highlights the trend that podcasts target a population with an above-average level of education and income, which can partially be attributed to podcast content emphasizing technology, business and news. Projecting into the future, the tailored content produced is likely to retain the current podcast consumers and continue the trend of growth in the podcast industry.

Beyond the increasing listenership, the inclusive nature of podcasts allows for a wider range of individuals to share their ideas through pre-recorded audio files. Due to the nature of the industry, podcasting has significantly lower barriers to entry when compared to traditional forms of media like broadcasting networks with high barriers of entry, resulting from high capital costs for recording equipment, streaming devices, and website hosting. For example, the podcasting industry started with podcasters uploading audio files to various existing platforms, but with the growth of the consumer base and the industry, an increasingly number of podcasters began producing more content to attract listeners at lower marginal costs. The increasing demand for podcasts led to more firms entering the podcast industry, due to the low barriers of entry, and the gradual professionalization of podcasting, transforming from just a hobby to a full-time career. According to Crunchbase, total capital invested in podcast startups has been steadily growing from about $1.5 million in 2012 to around $80 million in 2017. Along with Spotify’s acquisition of Gimlet and Anchor for approximately $337 million and podcast startups like Luminary and Himalaya Media raising over $100 million each in 2019, the emergence of startups within the podcasting industry and the professionalization of podcasting have signaled strong future growth. Specifically, the acquisitions made by leaders in the media and entertainment industry, like Spotify, are also signaling the maturation of the podcast industry, as leading firms in media seek to expand their services by acquiring podcast startups. 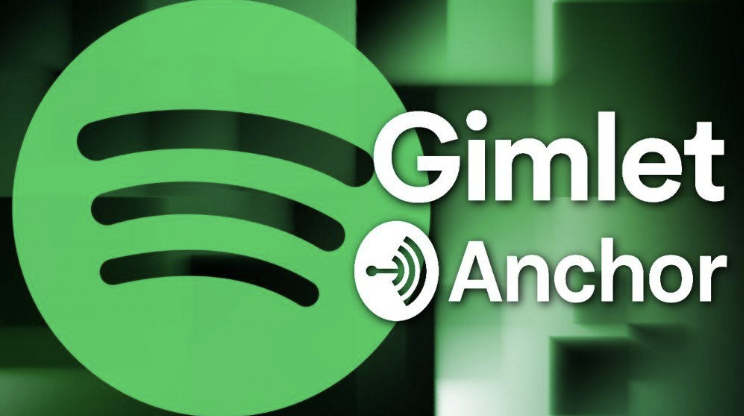 More importantly, the growth of the podcasting industry is also accelerated by the use of quantitative methods and computing, particularly through analytics and user behavior. In 2018, NPR announced Remote Audio Data (RAD), which is an “open-sourced podcast analytics technology that was developed in partnerships with nearly 30 companies from the podcasting industry.” The software enables podcast creators to analyze the preferences and behavior of their consumers to better tailor the content of the podcasts. Indeed, with the trend of tracking and analyzing user behavior, data privacy will become yet another issue for the podcast industry as the industry develops and matures, especially under the increasingly regulated domain of cyberspace as demonstrated with the introduction of the EU General Data Protection Regulation (GDPR).

The podcasting industry is a distinctive sector within the mass media and entertainment industry, and has experienced continuous growth since 2005. This demonstrates how podcasts cater to the right group of people and also how the inclusiveness of podcasting facilitates the rapid growth and professionalization of the podcasting industry. However, with the increasing utilization of technology and analytics in podcasting, the issue of data privacy has arisen as a point of consideration for podcasting startups as they utilize more sophisticated quantitative tools and techniques for user analytics. Nevertheless, the dynamic changes happening in the podcasting industry are signaling more changes in the future, and it is exciting to see how rapid growth of content and listenership is leading the industry in new directions.

One thought on “Stay Tuned to the Podcasting Industry”