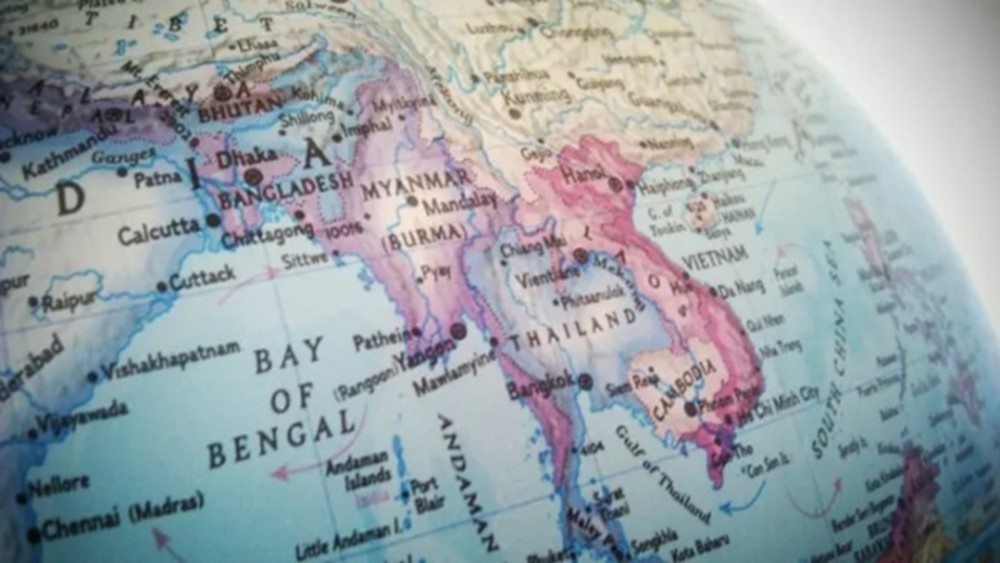 In The Beginning, There Was Trade

This is possibly the most familiar of all stories about modern Asia: a once poor country with rock bottom wages solicits international corporations, which set up shop and raise employment, boosting GDP. The favored narrative in 2014, when China overtook Germany to become the world’s largest exporter, was that cheap wages kept costs low for corporations, and the “Made in China” label became near-ubiquitous as a result.

This logic made sense. Asia is the most populous continent and more than a quarter of its residents started the millenium in extreme poverty. This meant plenty of empty mouths eager for work with no shortage of manufacturers willing to move overseas to a country where the lowest minimum wage was 100 USD a month.

An Olympic-sized swimming pool’s worth of ink has already been spilled about how China, as a country, parlayed this into becoming a manufacturing powerhouse in its own right. It’s the centerpiece of the story, the triumphant act two of the story, complete with overnight skyscrapers and high-speed rails. It seems to most that China might elude the middle-income trap once and for all, rising to lift all of its citizens out of extreme poverty and into the coveted global upper-middle-class status. The same cannot be said for many of its Asian neighbors, specifically Bangladesh, Vietnam, and Nepal.

Coined by the World Bank in 2006, the middle income trap refers to the phenomenon of, well, countries trapped by middle income status. These countries seemingly have the same origins that China had: low wages in a low income country leads to mass exports, which helps accelerate the GDP growth and establish themselves as a developing country.

The second the country ticks over into middle-class status, its fortunes begin to reverse. Where it once could boast low wages and therefore low labor costs, increasing standards of living mean that more people of that country won’t just work for barely 100 USD a month anymore. With rising wage rates comes the dulling of that country’s edge in the world market. Soon, it faces problems on both ends, unable to compete with the even lower wages of appropriately named lower income countries, and not quite able to match the investment, technology, and capital that high income countries accrued in advantages. Thus, the country is trapped in its middle-income status and its ascent is rudely halted.

There are challenges to the idea of the middle income trap, of course. Some criticisms have been lodged against it, alleging that the countries that broke past the middle income trap had already been fast growing before they were even middle income, or that there are complicating, outside factors. However, the persistent intuition remains: it’s dangerous to stake the fate of a country’s economy on trade alone. Yet, many developing countries in Asia have attempted it.

When it comes to garment production, second only to the previously discussed powerhouse China, is Bangladesh, the most densely populated country on earth. The garment industry employs over 4.5 million people nationwide, four in five of whom are women, and on its own accounts for 11% of the GDP. For better or for worse, the pillar of the Bangladeshi economy is the sweatshop.

What’s unique about Bangladesh’s approach to an export-centric economy is that that specific industry of ready-made garments is so heavily female-centric. The average cynic might be able to guess that the 20% of the garment industry that is male is mostly concentrated in the higher up, more managerial positions, but that doesn’t change the fact that for the most part, gains in the garment sector mean gains in female labor force participation. As sweatshops began employing more women who had previously never been employed before, divorce rates across Bangladesh rose along with their average savings rates. Theoretically, when women have their own money, they have their own means to escape abusive marriages, leading to improvement in the material lives of people.

Unfortunately, these have been meager improvements at best. The minimum wage for the average garment worker has been set at roughly 95 USD a month, a 2018 policy gain that raised that price floor half again from where it had been previously, at 60 USD. The last time the minimum wage increased for garment workers before that was 2013, when a factory disaster killed over a thousand workers.

After the Rana Plaza disaster, the primarily Western corporations sourcing labor from Bangladesh banded together—sort of. European companies formed the Accord on Fire and Building Safety in Bangladesh, while the American and Canadian companies chose to form an Alliance for Bangladesh Worker Safety, and both sides immediately began feuding. Meanwhile, the Bangladeshi government, with a sizable corporate interest serving in its Parliament, has assumed its own controls over ensuring the safety of Bengali garment workers.

The fate and safety of most garment workers are up to the whim of the international bureaucratic miasma hovering over Bangladesh. On the Western side, corporations have a vested interest in keeping their PR clean, but they also have built entire business models off of keeping prices low with lower wages. And they hold 11% of the Bangladeshi economy as bargaining power.

Businesses that once went to China for their labor have been setting their sights south, with a majority of them landing on Vietnam. In 2015, the country’s manufacturing sector accounted for 25% of the GDP of the entire country, boasting labor costs half that of China’s, and a corporate income tax rate of 20%: compared to Bangladesh, just above, which has a rate of 25%.

Vietnam, unlike China, also boasts a free trade agreement with the EU, one of twelve bilateral free trade agreements the country has signed. With the worsening US-China trade relationship, the Southeast Asian country emerged as a likely replacement.

After South Korean company Samsung invested in Vietnam, the country found itself with an advantage in the manufacturing of phone components, emerging as a key supplier in the niche electronic parts that China once cornered the market on. It’s also located near another economic powerhouse, Singapore, which makes similarly specialized microchips and happens to be both a major commercial hub and a member of the same ASEAN Free Trade Area that Vietnam also is part of (and China is not).

Like using potato starch instead of cornstarch in a banh gio, however, Vietnam isn’t a perfect substitute for China. Deepwater ports, which could berth the types of ships that move on to tech centers like Silicon Valley and Dublin uninterrupted, are in short supply, and the inland infrastructure of the country, despite having natural advantages, hasn’t been properly invested in.

Nevertheless, the country does have plenty of advantages, both natural and bargained for.

Nepal
If you have never looked closely at a map of Asia, you may be forgiven for not knowing this, but there is a region where the borders of the two most populous countries on Earth, India, and China meet. This region is known as both the Siliguri Corridor or, if you prefer the slightly more undignified title, the Chicken’s Neck. It’s often in the news whenever these two countries—both of which have nuclear power, a billion people each, and some of the largest total economies in the world—get a little unfriendly with each other and choose to posture at the border, which happens relatively often.

Right next to this corridor, sandwiched in by the tallest mountain range in the world, is Nepal.

Nepal is not a middle-income country. It’s not even “on its way” to middle income, like Bangladesh. Nepal is termed one of the least developed countries, and the United Nations plans to graduate it to a developing country in 2022—if it manages to keep a growth rate of 9.2% a year to reach that goal. It is currently at a very volatile 7%.

Of that 7%, the International Trade Center breaks down at least half of that growth to be from the overall global rise in trade: a rise that was primarily driven by its neighboring countries, the ones detailed above amongst them.

Nepal is primarily a beneficiary of South-South trading, which is, you might guess, exactly what it sounds like. South refers to the “global south,” which the less pedantic amongst us might refer to as the developing world, and South-South trading is what happens when those developing nations trade amongst themselves in addition to the more familiar and somewhat mercantilist relationships between the North and the South.

For Nepal, this means that over half of its exports go to India, which reciprocated by being the top contributor of Nepal’s foreign direct investment (FDI). FDI, once solely the province of mother countries to their colonies, has expanded to the developing world. China, famously, has been availing dozens of countries across the world of its loans, but it isn’t alone amongst the emerging middle class of the world’s countries in extending hands to its lower-income neighbors.

Once a minor part of the global economy, South-South exports between the bottom half of the world now account for a quarter of global trade, and it will only grow from there. 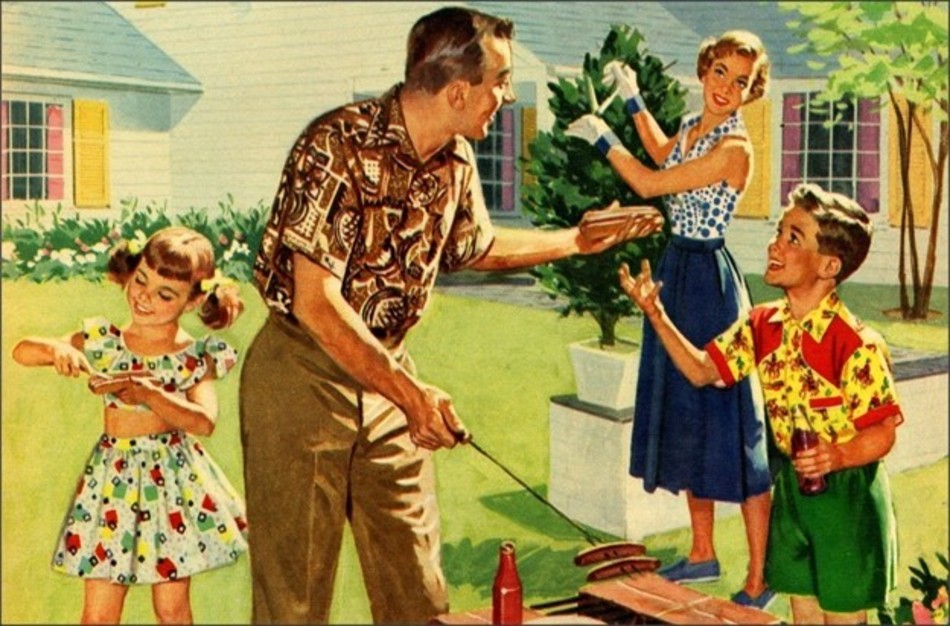 Back When America Was Socialist