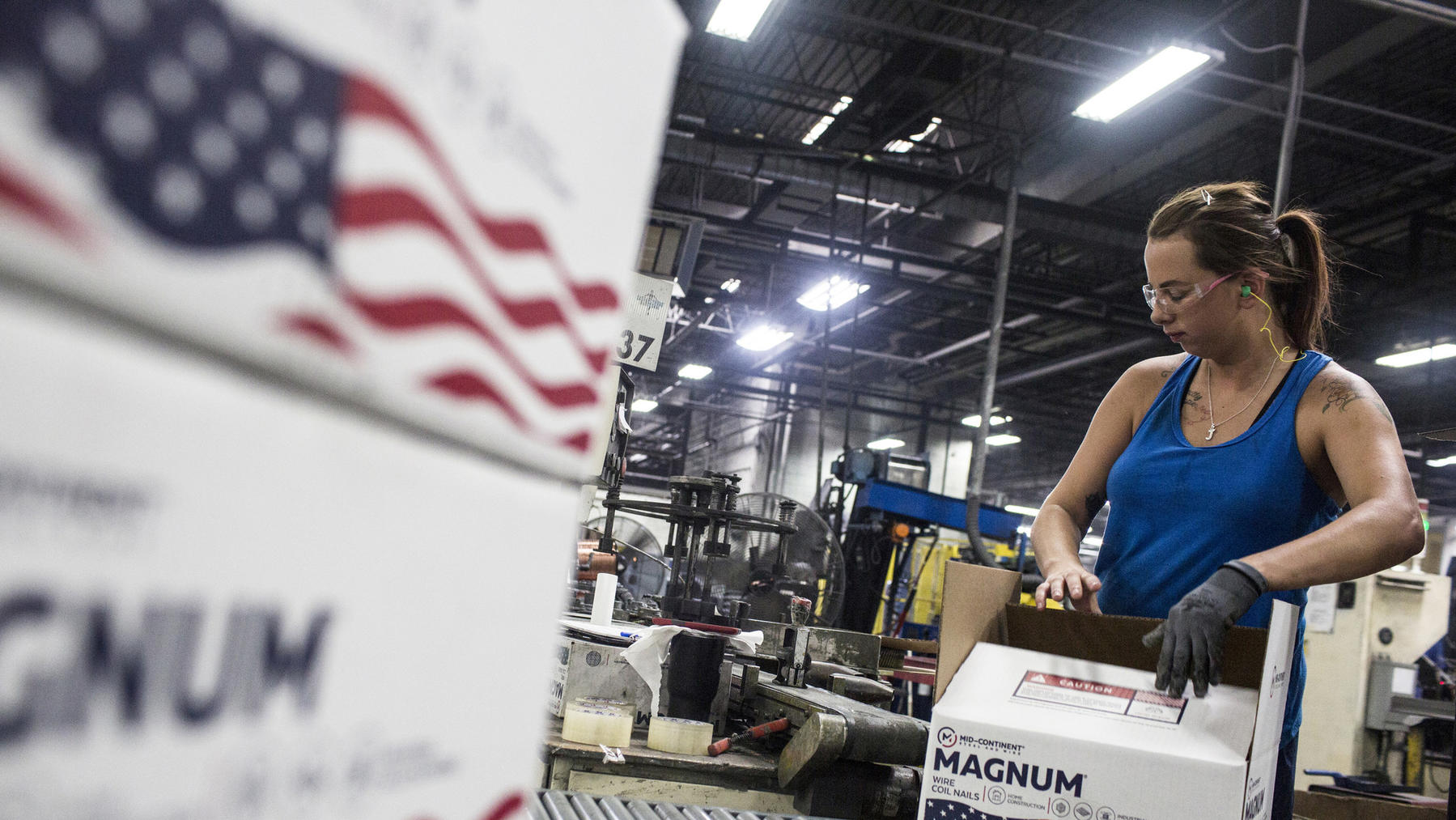 You’ve heard it before—economists all over the world have lambasted the President’s tariff initiatives. In fact, out of 60 economists surveyed by Reuters, not one believed that the tariffs would benefit the U.S. economy in the long run. The negative impacts of the tariffs have already begun to impact the country. By analyzing how the tariffs interplay with macroeconomic conditions–inflation and wage growth—we can make some conjectures as to the effect of the tariffs on the Trump constituency and therefore on President Trump’s 2020 presidential run.

Let’s examine Mid-Continent Nail, the largest steel nail manufacturer in the country. While its blue-collar employees are based in Missouri—deep in the heart of Trump territory —Mid-Continent operates under Mexican ownership and imports its steel from Mexico. Therefore, its production material is subject to Trump’s 25% steel tariff. As a result, Mid-Continent’s input costs have risen dramatically, and the company’s prospects—including the job security of its American workers—are shaky. 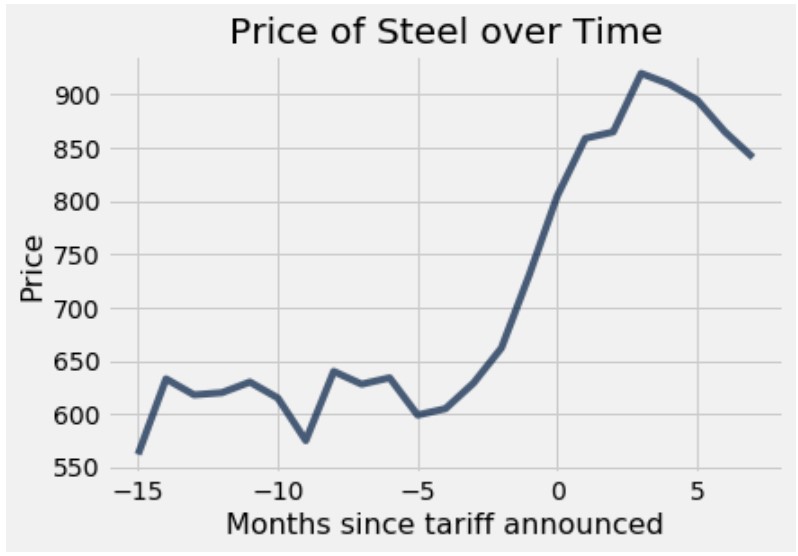 There is something to be said about the short-run costs faced by the losers of free trade, many of whom are blue-collar workers and largely turn out for the GOP during elections. By making foreign imports relatively more expensive compared to American goods, tariffs can help prevent the decline of industries harmed by trade. While supporters of free trade may argue that the former employees of declining industries will hopefully be retrained and readapted to different industries in the long run, the pain felt from trade in the short-run cannot be denied.

As it turns out, the tariff issue is not as black-and-white as economists may make it seem. Yes, particularly on a macro-level, tariffs tend to do more harm than good in the long run as complete specialization will not occur, causing the economy to be less efficient than it could be under free trade. There is another significant effect of tariffs that does not seem to be covered enough, and is instead left in the shadows of eye-catching headlines like that of Mid-Continent Nail.

Adam Smith, a graduate student in the Economics department at UC Berkeley, explains: “Everyone seems to know what inflation is, but few people actually know how it happens, how to handle it, and how it can have both positive and negative effects on the economy and wages… Unemployment is at one of its lowest points in recent history. Because the supply of unemployed workers is so low, firms must offer increasingly higher wages to their employees. Now, these workers have more money to spend, bidding up the prices of goods and therefore adding to the inflationary pressure caused by the tariffs. We should also take into account the recent tax reform. It is my hope that it will incentivize businesses to spend more on investment goods, putting upward pressure on wages for blue-collar workers in the short-run, and expanding the potential of our economy to produce goods and services in the long-run.”

Now, here comes the big question: in the short run—before our economy has the chance to expand significantly and before the end of the 2020 election—will the rise in wages of workers be eroded by the rise in prices from tariffs? In other words, will wage growth be wiped out by inflation?

The future is daunting. This past summer, inflation hit a six-year-high, partially attributed to a jump in the cost of energy. Overall, a 2.9% cost of living increase outpaced a 2.7% in wages for the year; the growth of real average hourly earnings (accounting for inflation) was in fact negative recently.  As the Bureau of Labor Statistics reported, people are paying more for housing, healthcare, and automobile insurance. With new tariffs potentially on the way, the cost of living may increase even further. 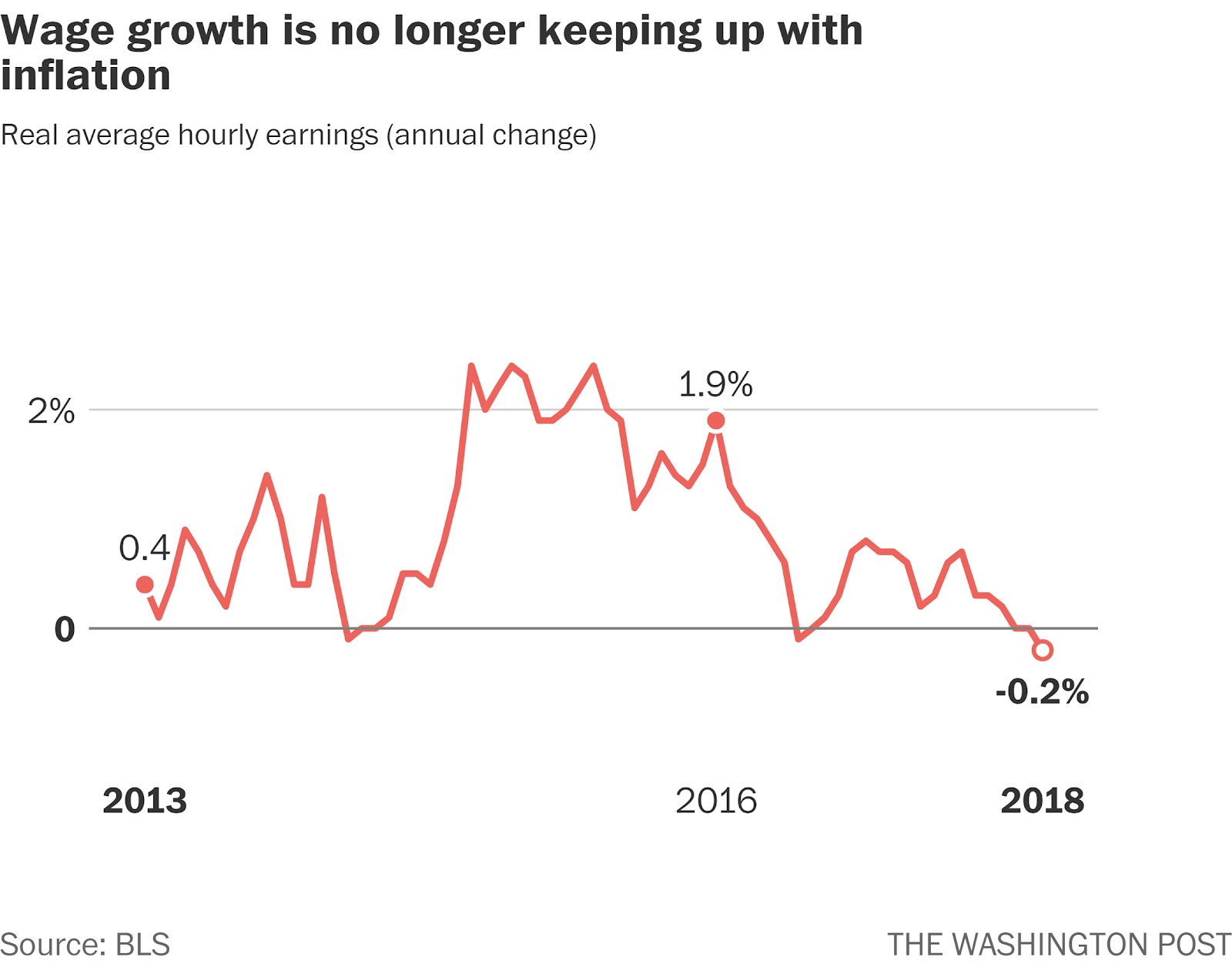 We must wait and see how the economic future will affect the Trump constituency and, come 2020, his presidency. Having promised middle America and manufacturing workers higher wages during his 2016 campaign, inflationary pressure from his own policies could make keeping his promises more difficult. Even more dangerous for the Trump presidency, if a significant number of U.S. manufacturers are in the same situation as Mid-Continent Nail, many blue-collar workers will be hurt by Trump’s policy through potential layoffs. America’s “forgotten” may remember how, despite constantly seeing news about the booming economy and falling unemployment rates, their manufacturing jobs vanished. 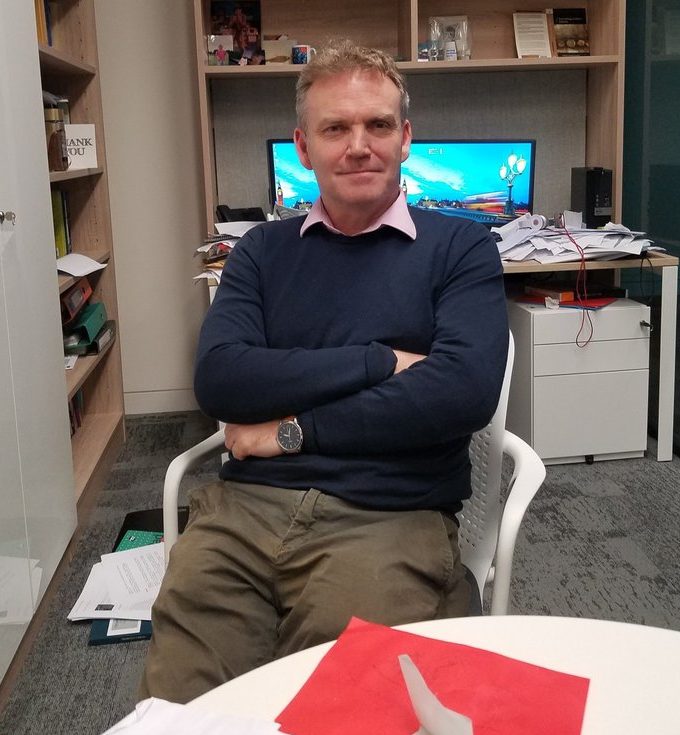 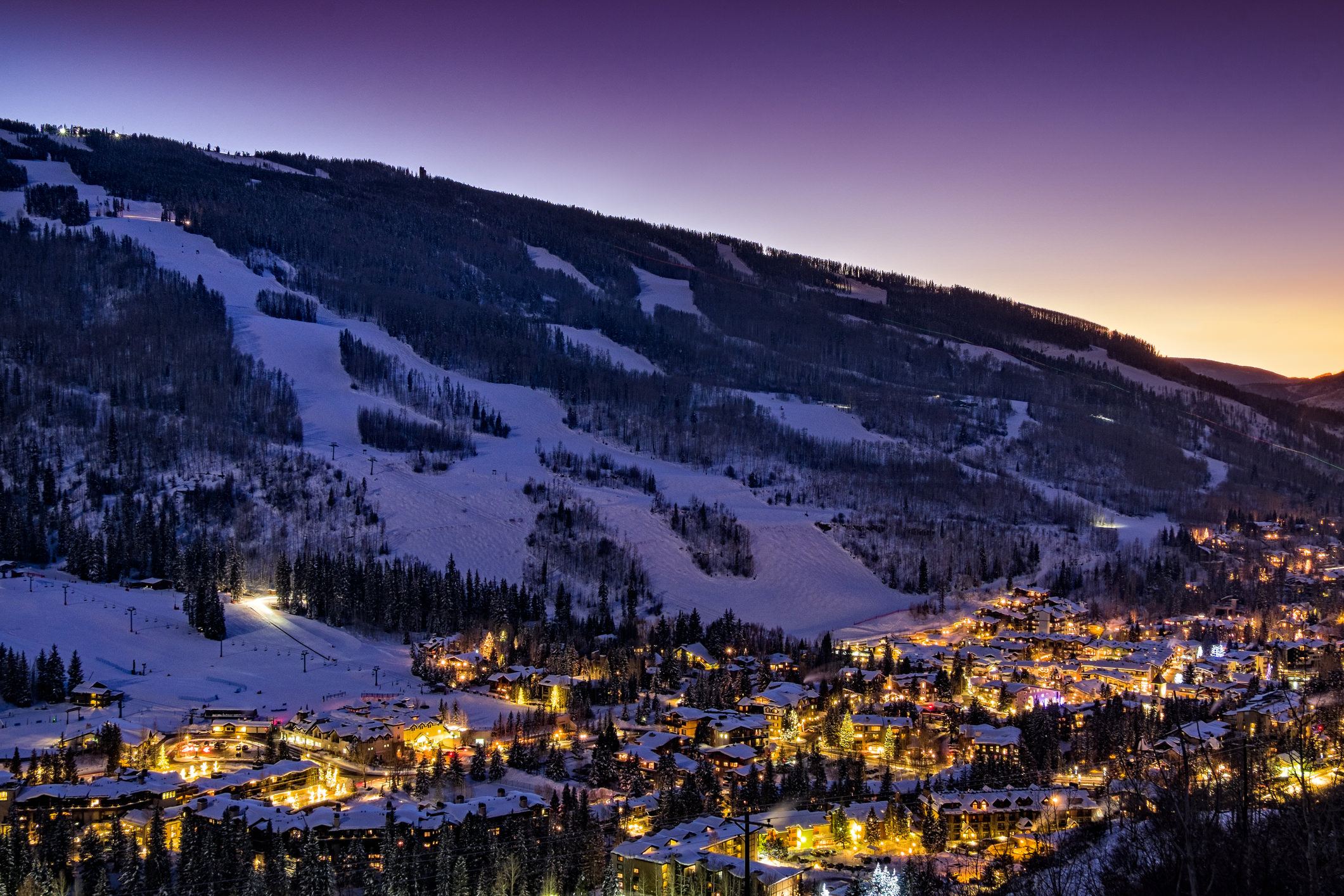 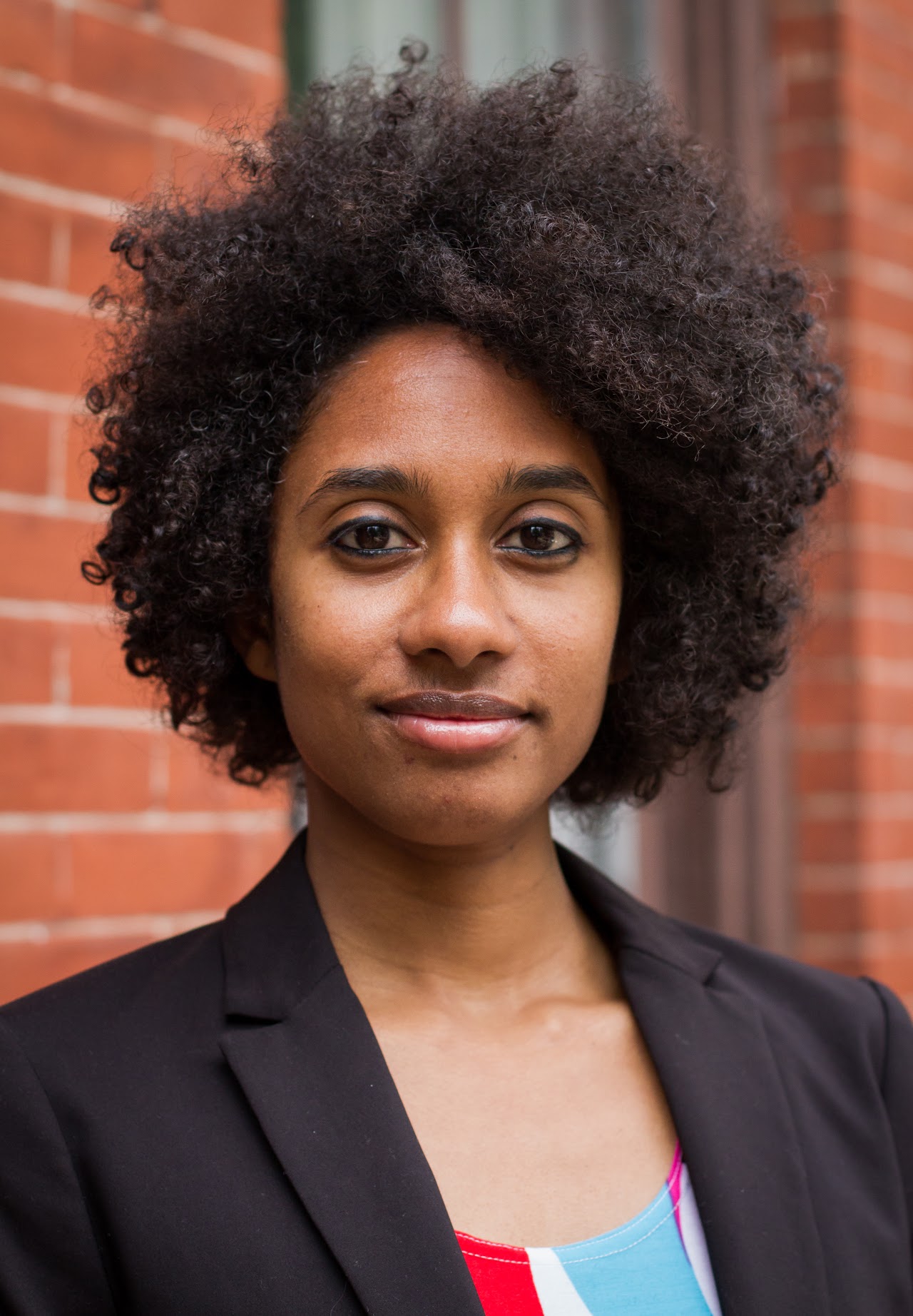