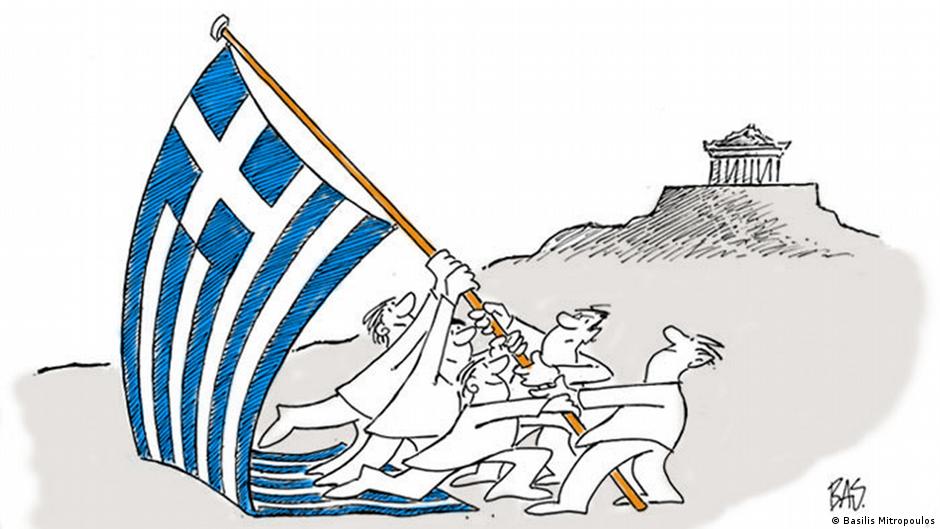 There’s a European proverb commonly heard in the continent’s politics: “fix the roof when the sun is shining.” The words are open-ended, but the meaning in European political economics is unmistakable: during times of economic growth, countries should be engaging in austerity – a combination of spending cuts and tax increases – so that they have the capacity to expand their debt-to-GDP ratios when things go bad. When the Greek economy experienced a tumultuous debt crisis in the aftermath of the 2008 Great Recession, this saying came back to haunt Europe time and again.

Greece’s financial tale goes back a few decades. The bulk of its sovereign debt actually piled up in the 1980s and 1990s, as Columbia Professor Adam Tooze lays out in his book Crashed. By the turn of the century, its debt-to-GDP ratio stood at 103%. This was a situation that never should have happened. Greece, which joined the European Union (EU) in 1981 and adopted the euro in 2001, had directly violated the Maastricht Treaty, the founding charter of the EU that maintains member nations’ debts cannot exceed 60% of GDP. Years later, it would be revealed that the country had deliberately fudged the numbers in order to join the continent’s common currency union. Distrust of the Greek government would inform European policy down the line.

Greece’s large debt burden created a house of cards, so that an economic dip could topple its precarious status quo. The Great Recession did just that, and, when the dust settled in 2009, Greece’s debt-to-GDP ratio was 115%. This high debt burden resulted from a contracting Greek economy and falling tax revenues; the small nation also suffered from a large tax evasion problem. At the same time, the banking system was in a state of major turmoil. French and German financial institutions were especially exposed in Greece; not fully understanding the risk associated with Greek debt, banks had continued lending to the country of ten million people in the run-up to the crisis.

Of course, these banking failures were also international in nature. Large banking institutions going underwater throughout the Great Recession significantly hurt the entire globe because of the important role finance plays in the macroeconomy. These bank failures imposed severe pain on governments; in turn, since banks were large holders of government debt, a fatal cycle developed. Greece, a nation that found itself trapped by this cycle, looked to Europe, and especially Germany, for help. This represents the central paradox of the European debt crisis: you cannot understand Germany without understanding Greece, and you cannot understand Greece without understanding Germany.

At the onset of the Recession, the center-right Christian Democratic Union (CDU) was in power in Germany, led by Chancellor Angela Merkel. The Germans’ views on debt are central to this story. As Tooze explains in Crashed, the Merkel government came to power following a suite of cuts to benefits intended to improve the nation’s financial health. Merkel herself frequently expressed the importance of reducing debts, saying “we live at the expense of the future by running up debts… and that is immoral.” For much of the Greek debt crisis, the German Finance Minister was Wolfgang Schäuble, who was laser-focused on an austerity-based rescue package. In fact, President Obama was so put off by this that he included it in his memoir A Promised Land, writing that Merkel and Schäuble “appeared determined to condition any assistance on an adequate penance, despite our warnings.”

The broader economic context is important here as well. At the time of the Recession, a heated debate in economics was raging between whether to respond to the Great Recession through stimulus or austerity. The former approach was exemplified by the United States: an $800 billion spending program to promote consumption. The latter view was favored by many Europeans, and especially the Germans, who wished to reduce debts. A conflict was developing in academia, too. In 2010, Harvard Professors Carmen Reinhart and Kenneth Rogoff published an infamous paper that argued when a country’s debt exceeds 90% of GDP, economic growth begins to decline precipitously. Years later, the paper was shown to suffer from fatal methodological errors, but it was incredibly influential at the time.

A more specific cause of the Greek crisis may have been the Basel Accords. An international agreement with three iterations, the Basel Accords were first consented to in 1988. They came about after a series of financial crises in the preceding decade, and were designed to provide recommendations to strengthen Government’s central and private bank stability. But, like many other aspects of economic policy, the Great Recession illustrated their inadequacy. Foremost among these problems were that capital requirements were too low to deal with the Recession’s pressure, as two professors from the London School of Economics argue. Though this problem could be papered over in the boom years of the early 2000s, when the Recession hit, Greek banks were unstable as a result of low reserve ratios and poor decision-making.

Meanwhile, German banks required bailouts of their own, which reduced the political appetite for further government action. In Greece, the stabilization of debts would have required massive tax increases and spending cuts, measures for which there was no political will. A 2010 poll found that more than 75% of Greeks disapproved of pension and salary cuts, the backbone of any austerity program.

With few palatable alternatives, Greece agreed to a series of debt rescheduling regimes, agreeing to slash its deficit and actually promising to run a surplus. The International Monetary Fund (IMF), European Council (EC), and European Central Bank (ECB) – a group the media labeled the Troika – had bailed out Greece, but imposed extremely strict austerity in return. These included cuts to the minimum wage, pensions, health spending, and an increase in the retirement age.

The draconian move portended severe consequences for the rest of the Greek  economy. Unemployment reached 12% in 2010; for young people, that number was 30%. Riots broke out in the streets of Athens, and clashes between the police and protestors were commonplace. For the Greek government, however, it seemed as if no other option was available: as a result of their debt burden, interest rates on their bonds had become so high that they prevented the Greeks from accessing financial markets. When Greece inevitably could not deliver on the Germans’ harsh terms, a series of debt write-downs followed in 2012. The situation seemed so bad that many put forth the possibility of Grexit: a Greek departure from the European Union.

It’s important to note here that while the Greeks may not have had a better alternative, the strict terms the Germans forced them to abide by were neither politically practicable nor economically sound. As famed German philosopher Jurgen Habermas put it at the time, “the toxic mixture of necessary structural reforms of state and economy… will completely discourage an exhausted Greek population and kill any impetus to growth.” From 2009 to 2015, Greece increased its discretionary spending surplus by 18%, yet GDP fell 25% during that time span, vindicating the argument against austerity. Germany wanted Greece to cut benefits and raise taxes because they thought the resulting decrease in prices would allow the floundering country to remain economically competitive. What happened instead was that austerity reduced wages and GDP growth, developments which can actually increase the debt-to-GDP ratio.

In fairness, Greece had issues beyond austerity. Michael Jacobides explains in the Harvard Business Review that the Troika lent money to Greece so that they could pay back the banks which should have borne the losses in the first place; because of the precarious nature of French and German banks, other options – such as Greek creditors agreeing to reduce debts – would have meant the collapse of the financial system. At the same time, the Troika demanded Greek financial institutions roll over their debt (taking out more loans instead of repaying their obligations), in effect kicking the can down the road. “This is why Greek banks got in trouble [in the first place],” Jacobides writes. The debt crisis was a failure at all levels of government.

Still, the social dislocation and economic harm Greece went through have begun to be recognized. In 2013, the IMF apologized for its handling of the Greek debt crisis. But the pain in Greece still lingers. The economist Paul Krugman wrote in 2015, “after five years, Greece is in worse shape than ever.” That year, another round of negotiations between the two sides included such a wide range of bailout demands from the Germans that it prompted the hashtag “This Is a Coup” to go viral across Greek social media. The term is apt: the loss of sovereignty the Greeks suffered through poses myriad problems for any political system. It demonstrates that what happens in the financial markets is not simply about bonds and interest rates, but rather, people’s well-being. The austerity forced onto Greece decimated its social safety net and public services. Finally, in July of 2015, the two nations agreed to a compromise a few months after the leftist Syriza party had come to power in Greece.

When the COVID-19 pandemic reached nations’ shores, governments responded with large-scale financial aid, showing that the major players in Europe have changed policy from just a decade ago. Germany, once arguably the foremost cheerleader of austerity, responded to the pandemic with a large package centered around increased health spending, a wage subsidy program, and more than a trillion dollars in loans. At the continent-wide level, the EU spent $857 billion initially, much of it coming as grants to poorer nations.

Though they were emerging from their long economic slumber when COVID-19 hit, the Greeks were in a poorer economic situation to begin with. The European Commission estimated that 30% of the nation’s residents lived “at risk of poverty or social exclusion.” In response to the coronavirus, Greece increased government spending through additional borrowing, a move that drew the applause of the OECD but also leaves Greece back where it started: with a massive debt-to-GDP problem.

This has created a modern Greek tragedy, a puzzle with no clear solution. Austerity has demonstrably failed. The debt write-downs that began in 2012 had better results, but the COVID crisis implicates the entire Eurozone, and their member nations will likely not want to lose credibility by paying creditors less than they owe. A report from the European Centre for Economic and Policy Research argues that this leaves Greece with one option: gradual adjustment, using economic growth and low interest rates to reduce the debt-to-GDP ratio. But whether this approach will work for a country who does not control its own currency is a significant unknown.

The problems that began in 2008 have no end in sight, and the Greeks themselves still show the scars of that era. In 2019, the center-right prime minister Kyriakos Mitsotakis was elected. He began a series of privatizations and signed a bill abolishing medical care for poor foreigners. His country remains one of the EU’s five most unequal. Today, Greece’s debt-to-GDP ratio sits at 200%. 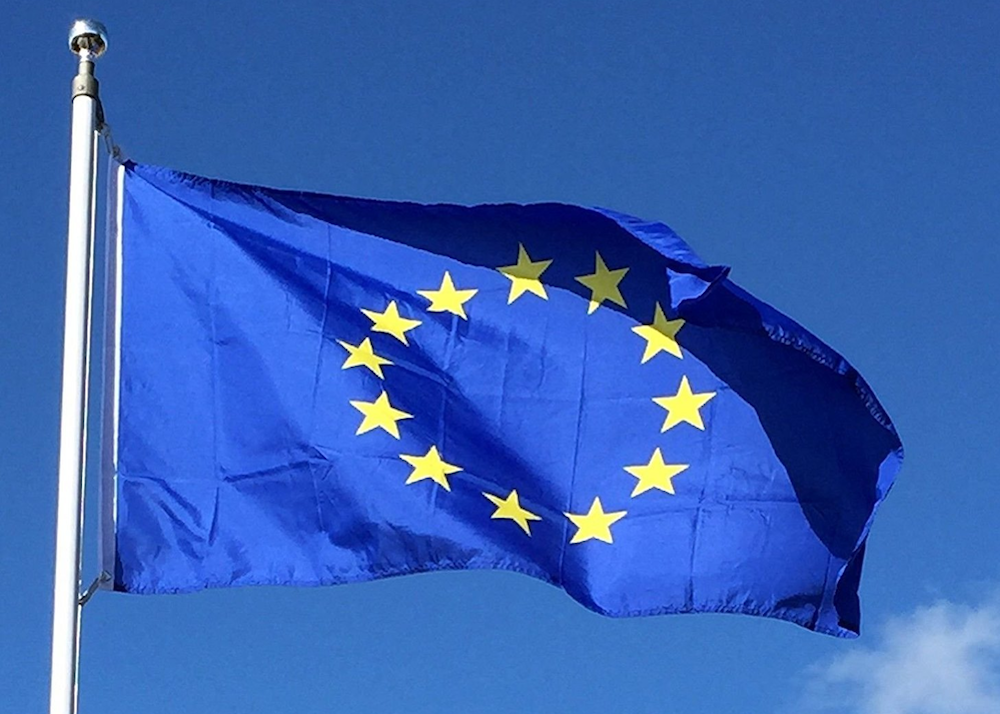 The European Project: Crisis in the Aegean 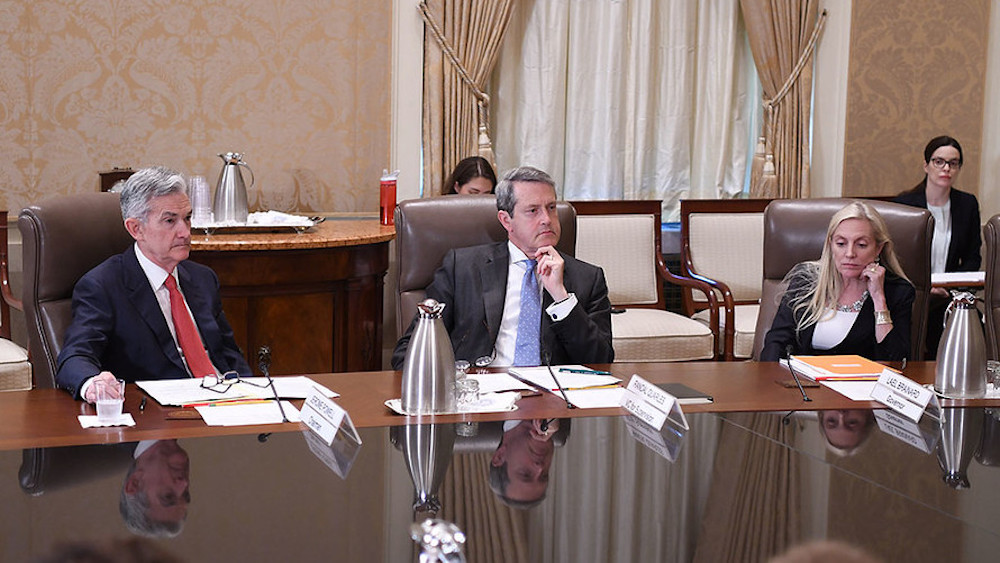 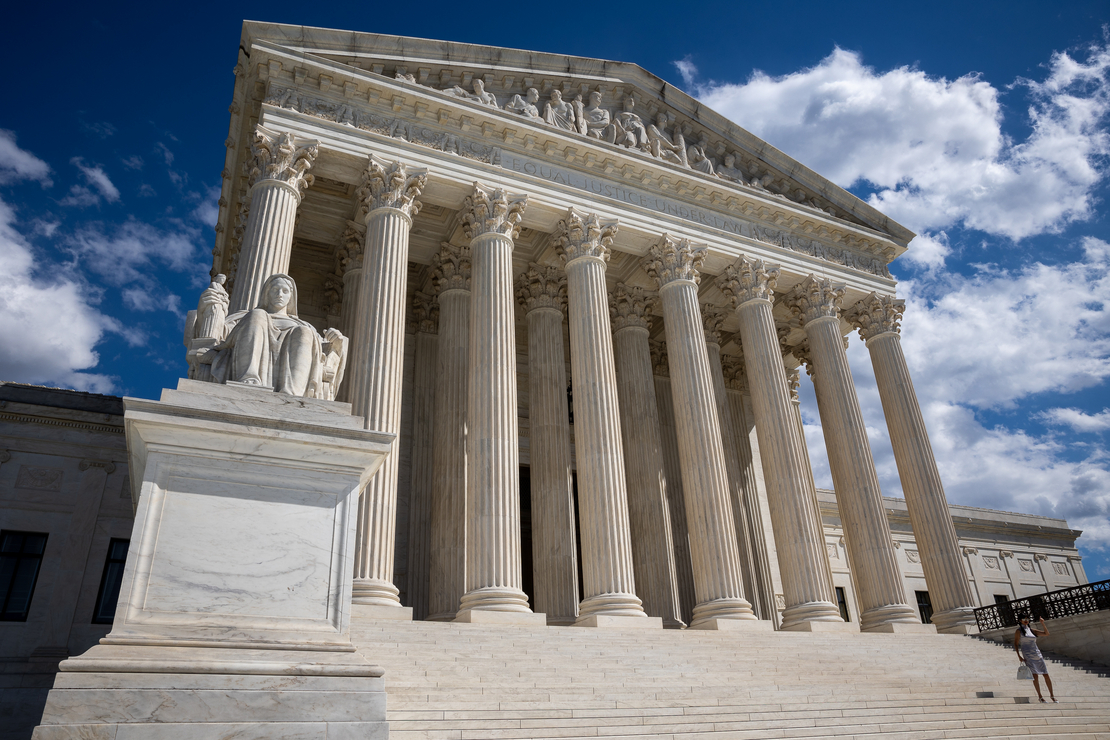